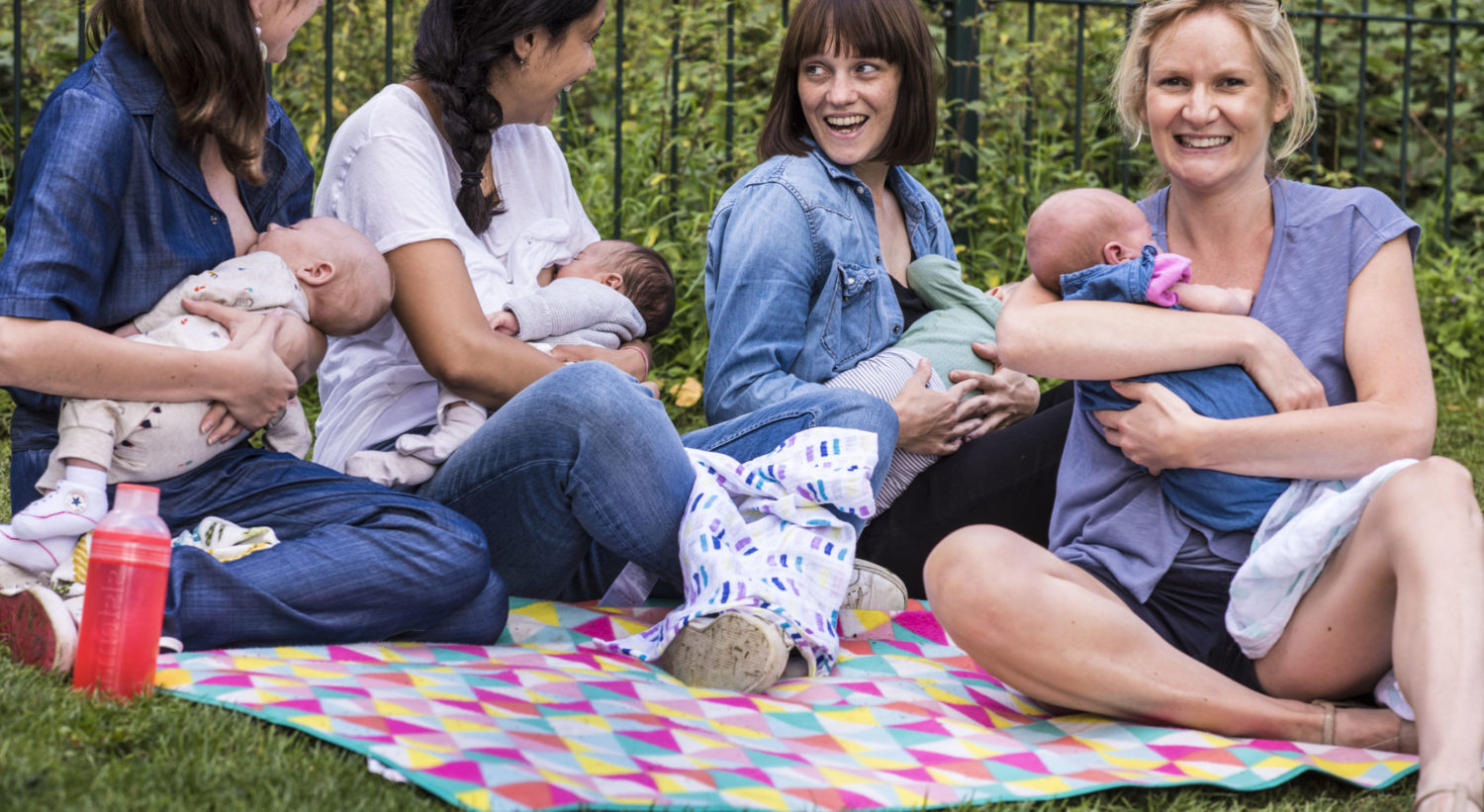 Guest blog: Are we really still talking about a woman’s right to breastfeed in public?

Home > Guest blog by Amy Brown: Are we really still talking about a woman’s right to breastfeed in public?

Building on her interview on Dispatches, Swansea University’s Professor Amy Brown discusses breastfeeding in public in the UK and the role we all must play in creating a more welcoming environment for mothers to breastfeed whenever and wherever they wish.

In the UK, like many countries around the world, women are very much protected by law to breastfeed their baby whenever and wherever they want. Recognising the protection breastfeeding brings to maternal and infant health, the economic savings, and the importance of equality, governments have firmly placed women in a strong legal position when it comes to breastfeeding. After all, it’s just a baby being fed, who could really argue with that?

Of course, we know that plenty of people manage to argue with ‘that’ just fine. At least a third of the UK public think breastfeeding in public is wrong, a figure that is even higher in the USA and France. Instead, more people in the UK think it is acceptable for a baby to be fed in the toilet than in a restaurant. Tabloid newspapers scream the same headlines over and over of women thrown off planes, trains and automobiles (well a bus, but yes seriously) … shops, restaurants, swimming pools … the list goes on. Unsurprisingly women are affected by this, with public attitudes stopping women from feeding in public, and ultimately then being part of the reason that they stop altogether.

But why on earth do people really have such a problem?

Despite all those breastfeeding messages, we live in a bottle feeding culture in that the vast majority of people have more experience with using (and seeing) bottles than they do exclusive breastfeeding. Bottles are symbolic of babies – wrapping paper, baby rooms, emojis – bottles are everywhere, but breastfeeding women, less so. Many women who breastfeed in the early weeks don’t do it in public and many teens have never even seen a baby breastfed. The less we see something, the less accepting of it we are.

Many people’s primary view of the breast is of something sexual, encouraged by the fact that unlike breastfeeding, we are used to seeing breasts in their sexual form everywhere. This is fine, breasts are great to look at, but you don’t get to support one and not the other. Just like many parts of the body, breasts have a dual function. Lips are multifunctional, but no one tells anyone to not eat in public because of that. Yet every breastfeeding in public media story seems to have a comment from someone saying, ‘I don’t flash my penis in public’. Really not the same thing, but some people can’t distinguish – research shows that the higher someone scores on feeling uncomfortable with sexual stimuli, the more they are against breastfeeding in public, showing the clear link in some people’s minds.

Attitudes towards breastfeeding are tightly tied to sexism. The higher a man scores on sexist traits, the more he is opposed to women breastfeeding in public. There are two main types of sexism – one where women are placed on a pedestal but must act in the beholder’s feminine ideals, and another where women are just hated for taking up space. Breastfeeding in public goes against both of these, thus triggering (unrighteous) fury.

But it’s not just men who can be misogynistic towards women. Women are actually more likely to complain about breastfeeding in public than men. This is partly entangled with too many women being let down in the past, so they feel all sorts of negative emotions when seeing others breastfeeding. Objectification theory also comes into play. Women are socialised to view and evaluate their body from the perspective of others. The more a woman conforms with this, the more she believes women should look and act a certain way. Breastfeeding doesn’t fit with this.

People can hold really strange views when it comes to breast milk, seeing it as some sort of threatening contaminant (usually whilst happily drinking cows’ milk). One illustration of this is that following an incident where a woman was asked to leave a swimming pool for breastfeeding, a survey found that 65% of participants believed it was acceptable to breastfeed her baby by the side of the pool but 64% believed it unacceptable to breastfeed whilst sat in the pool. Personally I think breastfeeding and its antibacterial properties would make a great addition to many swimming pools.

Breast milk is of course a bodily fluid, but we don’t seem to be able to distinguish it from other fluids that are a sign of illness or waste. Any time a news story appears about breastfeeding in public, someone will add ‘but I don’t urinate in public’ as if they were equitable. Breast milk is a food. If someone really equates urine to that, something is going very wrong in their lives.

So what do we do?

We all need to do our bit to create an environment that is supportive for women to breastfeed in, and governments, public health bodies and organisations should recognise the role that they play in making this happen. We need to make breastfeeding more visible. More images, more symbolism, more women just getting out there and doing it. We need to follow the lead of New Zealand Prime Minister Jacinda Ardern who casually breastfed her baby sat on her sofa making a video about family policy – as if it were the most natural thing in the world (which, of course … it is).

Women are protected by law, and encouraged by health promotion, to get out there and feed their babies. We need to make a stand against anyone feeling that their discomfort trumps that of a baby’s right to eat in public. After all, that’s just what it is – a baby eating. We may phrase it as something women do, but essentially those who argue against breastfeeding are stating that our smallest, most vulnerable population members should not have the same rights as everyone else. This has to stop.

Visit our blog page during World Breastfeeding Week to hear more from people interviewed on this week’s Dispatches.

Guest blog by Emma Pickett: Time to make a fuss about breastfeeding