“I met Mirna, who’s an incredible character, what a wonderful little girl. She showed me around the camp that she lives in”

In 2016, Ewan travelled to Debaga camp in northern Iraq to see how the conflicts in Iraq and Syria have affected children’s lives.  Among them was a girl called Mirna, with whom Ewan immediately bonded.

“Mirna told me how her family slept in a disused, half-constructed shopping mall for over a year,” said Ewan, “she introduced me to the reality of what that’s like.”

When Mirna grows up she wants to be a lawyer so that she can defend the rights of children. “Children of all countries: USA, Australia, Germany, France. All of them have rights. But children here do not have their rights. Why is that?” she says.

Mirna talks to Ewan about her experiences and shows him the disused shopping mall in Iraq where she and her family slept for over a year. It’s easy to be baffled by figures – 28 million children are displaced… it’s impossible to comprehend.

But when I think that, I think of Mirna.

She’s one of them.

Children displaced and in danger

The recent conflicts that we have seen ravage Syria, Iraq and the surrounding region have forced millions of families like Mirna’s to leave their homes. More than 2.6 million children from Syria alone have been forced to flee and are living in precarious conditions in surrounding countries.

Resources in these countries are running dangerously low, pushing families to extreme measures just to survive. Early marriage, child labour and recruitment into the fighting are all very real risks.

UNICEF UK is working in the region to provide life-saving support and long-term rehabilitation services for children. We are also improving access to basic services like health and nutrition, education, child protection and water.

Watch: Ewan speaks about the devastating toll that conflict in Syria and its neighbouring countries has had on the region.

Ewan has supported UNICEF UK since 2004 and continues to tirelessly fundraise and advocate for UNICEF’s work for children worldwide.

2020 – Travelling from Argentina to LA on electric bikes for Long Way Up, Ewan and  his fellow Ambassador Charley Boorman visit UNICEF programmes along the way. In Bolivia, Peru and Honduras, they see first hand the difference UNICEF UK is making to children in the remotest parts of the world.

2016 – Ewan visits Debaga camp in Iraq where he meets Mirna

2007 – Ewan films The Missing Face  a documentary highlighting UNICEF’s work with children affected by HIV and AIDs in Malawi.

2007 – Ewan takes part in The Long Way Down and see’s UNICEF’s work with child soldiers in Uganda and land mine awareness in Ethiopia.

2004 – Ewan visits UNICEF programmes in Ukraine, Kazakhtan and Mongolia while filming The Long Way Round

In Bolivia, Ewan McGregor & Charley Boorman see how UNICEF is ensuring indigenous children continue their education in their own language. 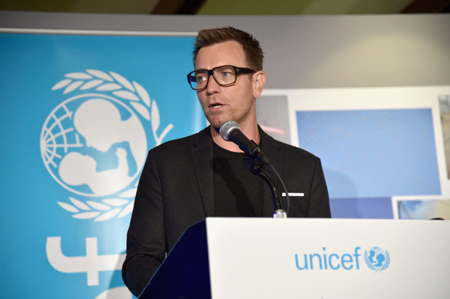 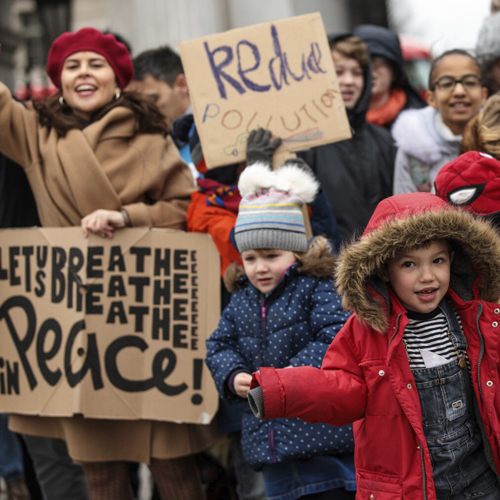