Award-winning singer, fashion designer and TV star Rita Ora fled Kosovo with her parents aged one, following the persecution of Albanians in her home country.

Rita has supported UNICEF UK since 2013, with a particular interest in our work with refugees. She has spoken publicly about her family’s history, and their shared determination to make things work despite their past challenges. Alongside her continued success, she makes time to connect with those who continue to struggle in the face of persecution and displacement.

Rita first featured in our ‘No Place Like Home’ campaign alongside key UNICEF UK faces, raising awareness of the crisis in Syria. On behalf of UNICEF, Rita has performed at celebrated events such as the Halloween Ball, Match for Children and the UNICEF Summer Gala (Italy).

In April 2019, Rita visited UNICEF programmatic work in her native Kosovo. She was made a UNICEF UK Ambassador upon her return, in reflection of her passion, dedication and commitment to driving positive change for children in greatest need around the world. 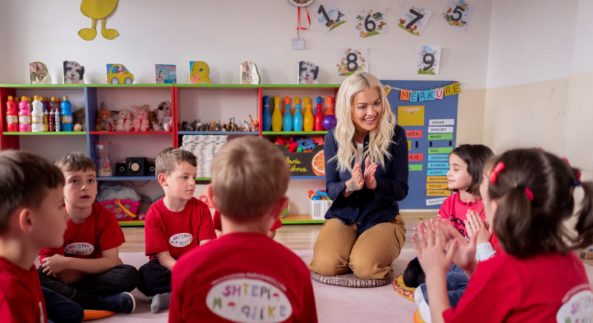 I’m beyond honoured to be appointed a UNICEF UK Ambassador. My recent trip to Kosovo allowed me to see UNICEF’s wonderful work first hand back in my native country, and I am more determined than ever to utilise my position to support, campaign and advocate.