In 1998, Robbie Williams was introduced to UNICEF UK by the late Ian Dury, himself a UNICEF Special Representative, when they travelled together to Sri Lanka to see UNICEF’s work.

In 2000, the singer-songwriter became a UNICEF UK Ambassador, and has continued to be a passionate supporter ever since – visiting UNICEF’s work on HIV and AIDS in Mozambique and South Africa, and fronting UNICEF’s ‘Unite for Children, Unite against AIDS’ campaign.

Robbie has visited several of UNICEF’s projects around the world. In 2010 Robbie travelled to Haiti to witness the aftermath of the earthquake to make an appeal film for vital funds. In 2012, Robbie travelled to Mexico City to make a short film for the fourth Soccer Aid on how UNICEF is working with vulnerable children living in slums and on the streets.

In 2014 Robbie collaborated with David Beckham for the launch of UNICEF’s ‘Children in Danger’ campaign which aims to protect children from violence, disease, hunger and the chaos of war and disaster.

Robbie is also the mastermind behind Soccer Aid. The football match features two teams of celebrities and football legends: England versus a Soccer Aid World XI. Since its inception in 2004, Soccer Aid for UNICEF has raised over £60 million to support UNICEF projects for children around the world. In 2021, the match and associated activity raised a record breaking £13 million.

“It’s difficult to put into words the impact that £13 million could have for children around the world. It could help UNICEF to get life-saving food supplies moving again. It could help ensure that children are still able to receive their routine vaccinations. It could help get children back to school, back with their friends, back to just being kids again. The list goes on.” Robbie Williams

Robbie looks back on his Soccer Aid legacy

Soccer Aid for UNICEF is always such a special event to be a part of, and seeing the real difference made by the money raised really helps the importance of the game hit home. 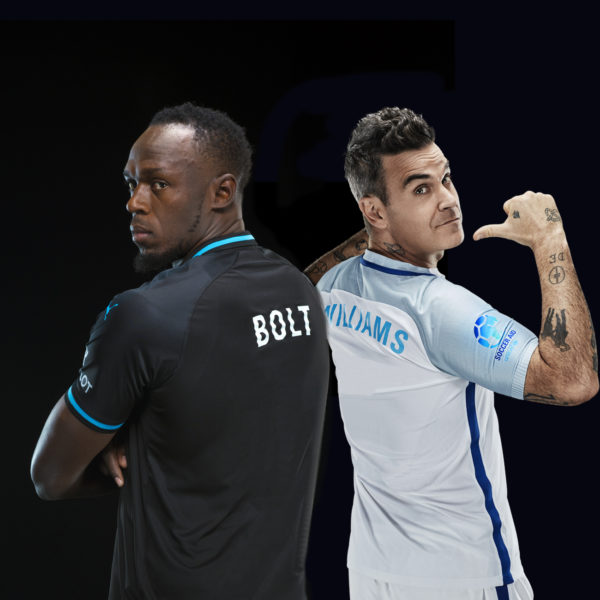