Home > What we do > Our emergency response > UNICEF Blue Dot Shelters

What are Blue Dot Shelters?

Blue Dot shelters provide a safe space for families and children on the move in emergencies. For those who have travelled for hours and more, these Blue Dot zones will provide much-needed respite and access to essential services.

These hubs connect with each other to help trace and reunite separated families. We also look out for children who arrive alone so that we can protect them.

Children at risk include:

Through these Blue Dots, we ensure that children are protected every step of the way. Karina and her daughter Luna talking with the UNICEF Regional Director for Europe and Central Asia, Afhsan Khan. They are inside the first Blue Dot in Romania at the border with Ukraine.

Support given at Blue Dot shelters

We work with our partners and local communities to set up the Blue Dots. Through these hubs, we help children and families by:

In addition, we assess each site and provide extra services if needed. UNICEF staff member providing information to people that have just arrived to Romania from Ukraine in front of a Blue Dot shelter.

Blue Dots in Europe and on the borders of Ukraine

Blue Dot shelters were used successfully to support women and children during the 2015-2016 European refugee crisis.

This year, we have set up several centres in countries that neighbour Ukraine. We are working with our partners to position them along key routes out of the country. The first Blue Dot shelter opened in Sighetu Marmatiei, Romania, at the beginning of the conflict.

To set this shelter up, we worked with local and national authorities and a number of local NGOs. Thousands of families with children have now passed through this hub and used its services.

In total, 25 Blue Dot safe spaces have been set up on the borders of Ukraine. These centres had reached over 71,000 people by the end of April 2022. But there is more to be done.

Yulia Yurova, a Communications Specialist, gives an insight into the important work happening at a our Blue Dot centre in Sighetu. 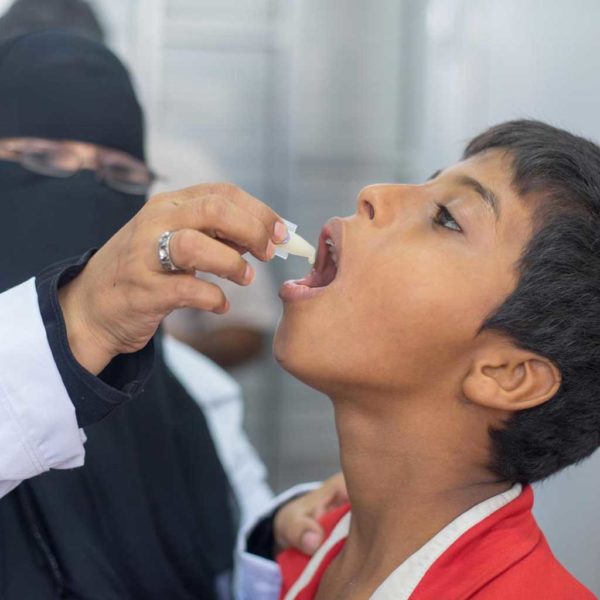 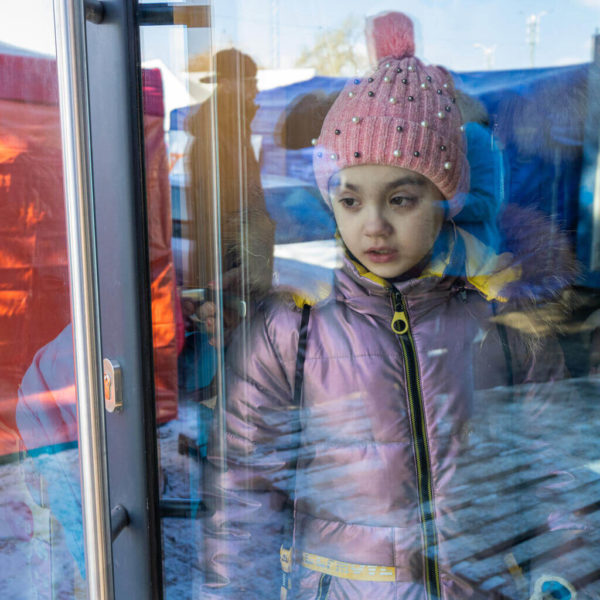 Conflict in Ukraine - how UNICEF is helping children 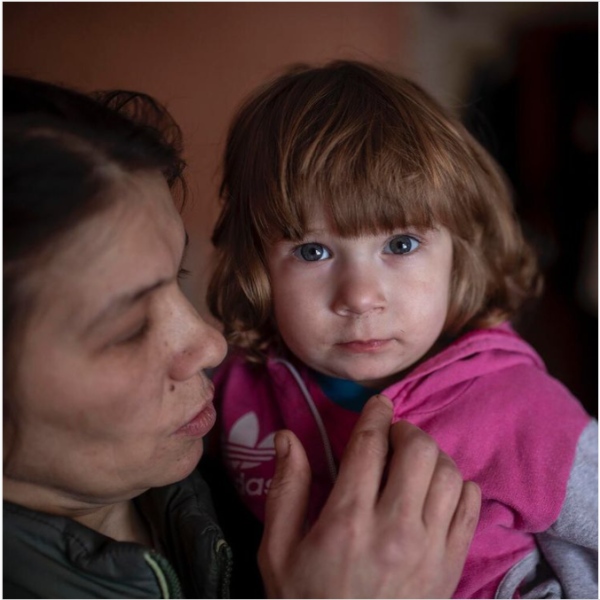 How to talk to children about the conflict in Ukraine Donate and help children in emergencies